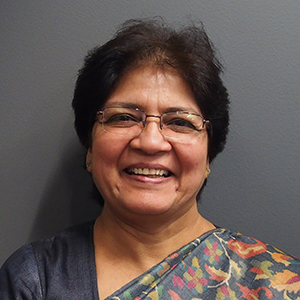 Prof. Tasneem Meenai is Director of Nelson Mandela Centre for Peace and Conflict Resolution, Jamia Millia Islamia, New Delhi, India. She has worked as Research Fellow at the Institute for Defence Studies and Analyses, New Delhi on the research project titled “Role of Multilateral Institutions in Conflict Resolution.” Dr. Meenai holds an MA in International Relations from the Australian National University, Canberra, and in Politics from Jawaharlal Nehru University and PhD in Political Science from the University of Mumbai. Her areas of research and interest are Humanitarian Dimensions of Armed Conflict, Multilateral Institutions and Conflict Resolution, United Nations Peacekeeping, Peacemaking, and Peace Building, and issues of conflict resolution, peace and security in South Asia and West Asia. She is co-editor (with K. Santhanam et al) of United Nations, Multilateralism and International Security, 2005, and has co-authored with (K. Santhanam et al) Iraq War 2003 – Rise of the New Unilateralism, 2003. Prof. Meenai has also served as Dean, Students’ Welfare in Jamia Millia Islamia (2011-17) and has been a Member of the Managing Body of the Indian Red Cross Society (Delhi branch) from 2015-17. She is currently a Member of the Editorial Board of the International Review of the Red Cross (2015-2018).