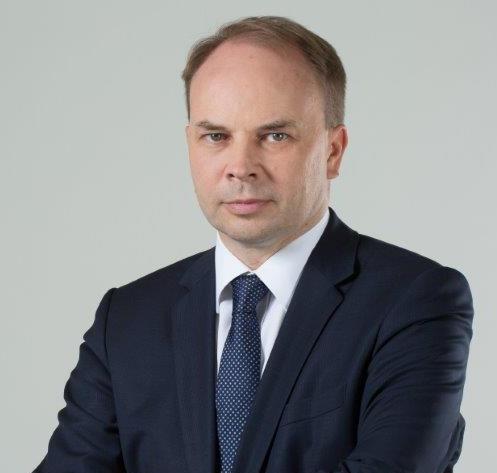 Tomasz Lukaszuk is a scientific assistant in the Institute of International Affairs of Warsaw University. Graduated from Moscow State Institute of International Affairs he continued his education at law and economy of the European Union postgraduate studies at Warsaw University and International Affairs at Polish Institute of International Affairs. He worked in Polish foreign service for 25 years, serving as Ambassador in Indonesia, Singapore, East Timor (2004-2008) and also in India, Afghanistan, Bangladesh, Sri Lanka, Nepal and Maldives (2014-2017). His field work experience in diplomacy includes also two years as a deputy director and two years as a director of Asia and the Pacific Department at Polish Ministry of Foreign Affairs. Being the director he prepared the concept of Asia and the Pacific Forum aimed at deeper cooperation and coordination of most important scientific and research centers for Asian studies in Poland. He supported Polish universities and think tanks in developing their contacts and links with Asian partners in most important areas vital for the development of their cooperation. He represented Poland at various conferences on Afghanistan, Afghanistan-Pakistan International Contact Group and ASEM preparing several papers and reports. His professional experience includes the post of the Director of Infrastructure Department and several projects including the reform of the management of properties of the Ministry. His areas of expertise are integration processes in South and South-East Asia, Indonesian and Indian internal and foreign policy. At present his research interest have been regionalism and interregional cooperation of Bay of Bengal countries as well as maritime strategies of biggest littoral countries of Indian Ocean and also maritime governance.

The patterns of ancient India’s maritime policy can be found in Vedas and Ramayana with detailed descriptions of sea routes to the East (Java, Sumatra) and to the West (Egypt, Greece). The sea power enabled the expansion of Indian culture to form a “Greater India” in South and Southeast Asia, spreading Buddhist and Hindu concepts across Asia.  The trade underpinned the making of a “Greater India”. Nowadays India is the most populous democratic country in the world, emerging superpower and the biggest littoral country of Indian Ocean Region (IOR). The shift of global economic gravity towards Asia in the 21st century resulted in the growth of regional and global trade as well as the importance of IOR. The Indian Ocean serves as an important gateway and bridge between Atlantic and Pacific Oceans through dangerous choke points. The geopolitical significance of IOR is also marked by the rise of China’s assertiveness and quest to access to the Indian Ocean as an area of crucial strategic meaning through the sea lanes of communication (SLOCs). IOR is increasingly the subject to threats such as maritime terrorism, organized crime at sea – drug and weapon smuggling, human trafficking, involving the increasing number of non-state actors. In modern times there have been always high expectations that India would address major concerns about security, economic and social development in the IOR region.  India has been considered as a generator of economic dynamics and facilitator of stability, democracy, development assistance and transregional cooperation. All those elements in maritime dimension constitute maritime governance. The dissertation is to answer the question of what kind of instruments based on existing maritime regimes and institutions India chose to shape maritime governance in IOR, taking efforts to meet the expectations of IOR littorals. Another research question to answer is how large is the scale of India’s cooperation with regional and global superpowers in the Indian Ocean Region, especially its strategic partners from the Pacific Ocean basin like US or Japan. Due to the rise of China and its growing importance in IOR the question to what extend cooperation prevails over competition with China in the context of Indian endeavours to shape maritime governance in the Indian Ocean Region will be explored. India’s role in shaping maritime governance will be analyzed within security, sustainable development, marine ecosystem and legal framework, based on the model built through the adaptation of Christian Bueger’s matrix of maritime security. Due to the nature of maritime affairs where the ocean space is mostly beyond particular states, jurisdiction and phenomena appearing on the sea or under the sea are impossible to be controlled according to the borders, the need for institutional cooperation of all the actors is inevitable. The awareness of oceans as a common heritage of mankind and growing interdependence among states, companies and institutions will be presented as the prove of neoliberal institutionalism as the most suitable methodology to discuss maritime governance.