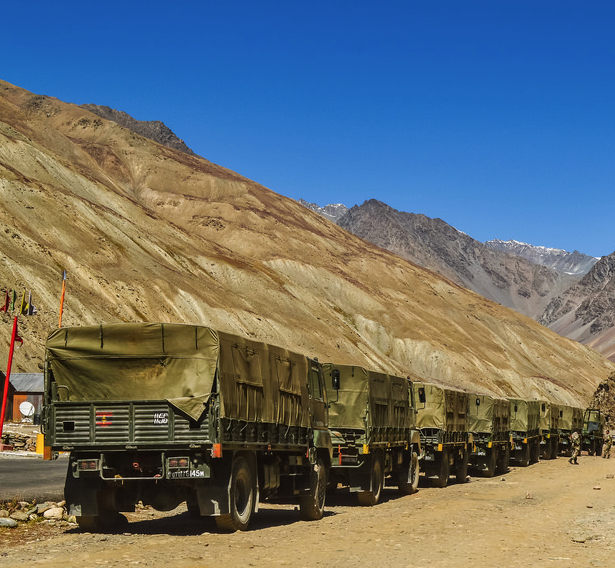 The Pulwama Attack and the India-Pakistan Stand-off

Another round of hostilities between the two South Asian neighbours has begun. A terrorist attack, followed by a pre-emptive strike, that in turn led to a counter-strike…. and as this blog is being written, cross-border firing continues.

A convoy of Central Reserve Police Force (CRPF) vehicles was attacked by a vehicle-borne suicide bomber on the Jammu – Srinagar highway near Lethapora in Pulwama district in South Kashmir on 14 February. Forty personnel of the CRPF were killed in the attack. Jaish-e-Mohammad (JeM), a Pakistan based terrorist group took responsibility for the attack immediately after the incident. The attack was condemned by several countries and international organisations, including the US, France, Germany, the EU, China, several other Asian countries, the Shanghai Cooperation Organisation (SCO), etc. The US specifically mentioned Pakistan-based terrorist groups in its message. On 26 February, Indian Air Force (IAF) Mirage 2000 planes crossed the Line of Control (LOC) in Kashmir and attacked JeM base in Balakot, a city close to Abbotabad, north of Islamabad – a pre-emptive strike that is believed to have destroyed the JeM facilities. The next day, Pakistani Air Force F16 planes engaged the IAF in an air battle around the LOC, in which one of the defending MiG 21 Bisons (1971 version of the original Soviet model) was shot. The pilot, Wing Co. Abhinandan Varthaman ejected, and was captured by the Pakistani forces and was later handed over to India. The day after the air battle, the Prime Minister of Pakistan Imran Khan appealed for de-escalation and restoration of peace. However, shelling across the LOC continues, in which civilians have lost their lives.

Pulwama is the third big attack in as many years on the Indian security forces or security establishments by a terrorist group from across the LOC. In January 2016, four terrorists had attacked an IAF base near Pathankot in the Indian State of Punjab. It came as a rude shock for the sheer audacity of attacking a base on the outskirts of a major city. Nine months later, on 18 September 2016, four heavily armed terrorists attacked an Indian army base in Uri, a town in Jammu and Kashmir State near the LOC. Both these attacks, like the earlier attack on the Indian Parliament, were attributed to JeM. Eleven days later, on 29 September, the Indian Army conducted an operation across the LOC targeting a terrorist camp where terrorist teams preparing to carry out infiltration and conduct terrorist strikes had gathered for a final briefing before crossing the LOC. For the first time since 1971, the Indian forces had crossed the LOC.

This attack effectively changed the two-decades-old rules of the game between India and Pakistan. Nuclearisation of India and Pakistan in 1998 in a sense wiped out India’s advantage in conventional military strength and established strategic parity between the two. The possibility of a conflict degenerating into a nuclear one also called for strategic restraint on both sides. India has a nuclear doctrine that rejects first use, however, Pakistan does not. The situation favoured Pakistan’s strategy to carry out low-intensity warfare with India, a strategy that includes funding, supporting and training terror groups on its territory, as well as facilitating infiltration into India. But India’s options to respond were essentially limited. A full war was ruled out and the option of military deterrence ran the risk of escalating the conflict to nuclear level.

Thus, India chose to respond by using the diplomatic option. For the last two decades, New Delhi has worked relentlessly to convince the world about the linkages between Rawalpindi and terrorist activities in India. These efforts won success when the UN Security Council adopted a resolution condemning the Pulwama attack. China tried to drop a reference to JeM in the resolution. However, the final version included the reference and was adopted unanimously. This was interpreted as a diplomatic victory for India and also as isolation of Pakistan on the issue. India also took up a case against Pakistan at the Financial Action Task Force (FATF), a Paris-based international network that deals with money-laundering and, since 2001, countering the financing of terrorism. FATF has condemned the attack, exposed over 8000 dubious transactions from Pakistan during 2018 and has warned Pakistan of blacklisting if it fails to curb funding to terror groups.

Earlier, after the Uri attack, India withdrew from the 19th SAARC summit scheduled to be held in Islamabad in November 2016. Following this, other regional countries (except Nepal, more for technical reasons) also withdrew, and the summit had to be postponed. This underlined Pakistan’s isolation within the South Asian region.

Yet, the diplomatic route seemed unable to yield results, as Pakistan’s support for cross-border terrorism against India did not stop. Masood Azhar, recognised globally as a terrorist and the leader of JeM, is at large in Pakistan – he even formed a political party and contested the recent election. Hafiz Syed, another terrorist and leader of Jamaat ud Dawa (JuD), the organisation blamed for the terrorist attack on Mumbai, is under nominal house arrest in Pakistan.

The September 2016 action of the Indian Army changed the rules of the game. India moved away from the policy of strategic restraint. It chose a path of limited and calculated offence for self-defence. The February 2019 action of the IAF is an indication that September 2016 was not a one-off incident, but rather represents a new trend. Now, New Delhi is willing to inflict upon Pakistan the cost of supporting cross-border terrorism. Given its fragile economic condition and diplomatic isolation, the cost will be far greater for Pakistan than India.

It is true that there is local support for many of the terrorist organisations that Pakistan supports from across the LOC. It is also true that the radicalisation of Indian youth is a serious problem, particularly in Kashmir. The fact that the Government in New Delhi will have to address the growing trend towards radicalism cannot be denied. However, it is also true that dialogue with the local groups and other efforts to prevent radicalisation will never be fully successful unless their support from across the LOC is severed. The Indian attempt to change the rules of the game with Pakistan is important for this reason.