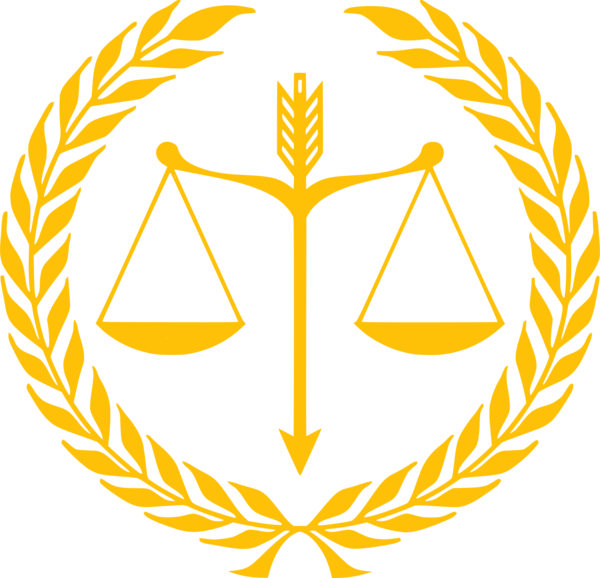 The variable influence of independent regulatory agencies in India

According to the World Bank handbook, Independent Regulatory Agencies (IRAs) must have independence in decision-making. They should have organizational, financial, and political independence. IRAs diffused to India as a best practice measure to alleviate sectoral problems and, starting 1992, have been established in many sectors such as securities market, electricity, telecommunications, and real estate, among others.

If IRAs are a best practice measure, how can we understand within-country variation in their influence across sectors? Why does the electricity regulator have more say in sectoral decision making compared with the telecommunications regulator? In a new paper published in the journal Utilities Policy, I examine the diversity of regulatory arrangements of the sectors where IRAs exist, and whether agents of diffusion can explain variations in the regulatory arrangements and influence of IRAs in each sector.

The paper focuses on the ‘regulatory arrangement’ of a sector, comprised of actors such as IRAs, ministries, and other stakeholders. The article is part of my ongoing Ph.D. research examining IRAs which diffused to India under the influence of international policy diffusion post-1990. The Ph.D. thesis is being developed under the European Commission’s Horizon 2020 programme.

H1: If an exogenous agent is a dominant vector in a diffusion process, then it will induce institutional displacement, and, in the resultant regulatory arrangement, the most influential actor will be the IRA.

H2: If an endogenous agent is a dominant vector in the diffusion process, then it will induce institutional layering, and, in the resultant regulatory arrangement, the most influential actor will not be the IRA. 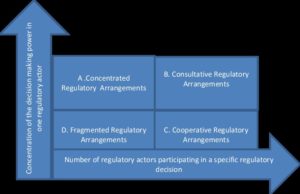 However, it is possible that a sector may show traits of more than one type of regulatory arrangement. In such instances, we identify the dominant type first, followed by the secondary type. For example, concentrated-consultative would mean that decision-making influence is with one actor but other actors are consulted as well (more than what threshold for concentration index stipulates).

Findings of the paper

The findings of the paper can be summarised as shown in the table below:

The diffusion agents are exogenous in the electricity and groundwater (Maharashtra) sectors, and IRAs are the most influential actor in both. In the remaining four sectors (securities, telecommunications, aviation, and groundwater (Uttar Pradesh)), the diffusion agents are endogenous and the most influential actor is not an IRA (except for the securities sector). These results confirm our hypothesis that there appears to be a relationship between the type of diffusion agent and the nature of the most influential actor in a regulatory arrangement. The outlier is the securities sector. A plausible reason could be the sector’s peculiarity. The securities market is unlike the utilities and infrastructure sectors, which are monopolistic and subject to domestic political pressure (due to the presence of the state-owned enterprise or politicization).

The ongoing discussions around regulatory reform (through NITI Aayog’s attempt at regulatory reform through the Regulatory Reform Bill) suggest that policymakers are deliberating convergence in India’s regulatory philosophy. Due to the multilevel governance framework, sectors are regulated either by the central government (securities, telecommunications, aviation), the state government (groundwater), or concurrently by the central and state government (electricity). Similar to how the involvement of exogenous and endogenous diffusion agents have resulted in divergent outcomes, it is possible that we may see divergent outcomes depending on whether reforms are driven by central or state government. Therefore, inferring from this study, it would also be wise to deliberate upon who should be the driver of reforms going forward.